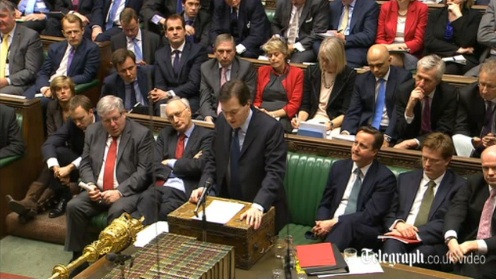 “Under this Government, Britain has moved into the top ten of the most competitive places in the world to do business.But we have to do more. Here’s how. Exports and investment First, exports. Over the last decade, our share of world exports shrank as Germany’s grew.

We sold more to Ireland than to Brazil, Russia, India and China – put together. That was the road to Britain’s economic irrelevance. We want to double our nation’s exports to one trillion pounds this decade.”