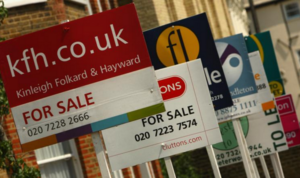 UK house prices have reached a new record high of £272,000 on average after surging by 11.7% over the last year, according to an official report.
…
The UK’s East Midlands, the West Midlands and the South West have now joined London, the East and the South East in having price levels higher than their pre-financial crisis peaks of 2007/08, the ONS [Office for National Statistics] added.