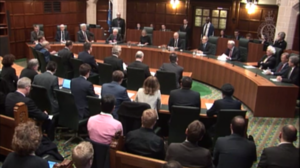 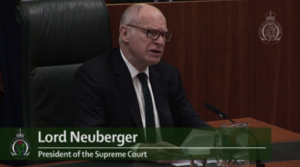 The Supreme Court in the UK ruled, by a majority of 8 to 3, that the UK parliament must vote on whether the UK government can trigger article 50 and start the Brexit process.

It also ruled, unanimously, that there is no requirement for the assemblies of Northern Ireland, Wales and Scotland to give their permission for the process.

On 1 January 1973, the United Kingdom joined the European Economic Community (now the European Union, the EU). This was achieved by Government ministers signing a treaty of accession and Parliament enacting the European Communities Act 1972. Over the next forty years, developments in the EU resulted from further treaties, many of which were adopted in subsequent Acts of Parliament, some of which curbed the exercise of the powers of UK ministers in EU institutions.

One of those Acts of Parliament was in 2008, and it approved the inclusion of Article 50 into the EU Treaties. In broad terms, Article 50 provides that a country wishing to leave the EU must give a notice ‘in accordance with its own constitutional requirements’, and that EU Treaties ‘shall cease to apply’ to that country within two years.

On 23 June 2016, a UK-wide referendum produced a majority in favour of leaving the EU, and the Government then announced its intention to trigger Article 50.

The issues in these proceedings have nothing to do with whether the UK should exit from the EU, or the terms or timetable for that exit.

The main issue is whether the Government can trigger Article 50 without the prior authority of an Act of Parliament. The other issues concern the obligations of the UK Government under the devolution legislation before triggering Article 50, and in particular, whether the legislatures in Scotland, Wales and Northern Ireland must be consulted.

So far as the main issue is concerned, as a general rule, the Government has a prerogative power to withdraw from international treaties as it sees fit. However, the Government cannot exercise any power if it would thereby change UK laws, unless it is authorised to do so by Parliament.

The claimants argue that, as a result of leaving the EU, UK law will change and legal rights enjoyed by UK residents will be lost. Accordingly, they say, the Government cannot trigger Article 50 unless authorised by Parliament. In reply, the Government argues that the 1972 Act does not exclude the power for ministers to withdraw from the EU Treaties, and that section 2 of the 1972 Act actually caters for the exercise of such a power.

Today, by a majority of 8 to 3, the Supreme Court rules that the Government cannot trigger Article 50 without an Act of Parliament authorising it to do so.

Put briefly, the reasons given in a judgment written by all eight justices in the majority are as follows. Section 2 of the 1972 Act provides that, whenever EU institutions make new laws, those new laws become part of UK law. The 1972 Act therefore makes EU law an independent source of UK law, until Parliament decides otherwise.

Therefore, when the UK withdraws from the EU Treaties, a source of UK law will be cut off. Further, certain rights enjoyed by UK citizens will be changed. Therefore, the Government cannot trigger Article 50 without Parliament authorising that course.

We reject the Government’s argument that section 2 caters for the possibility of the Government withdrawing from the EU Treaties. There is a vital difference between changes in UK law resulting from changes in EU law, which are authorised by section 2, and changes in UK law resulting from withdrawal from the EU Treaties. Withdrawal effects a fundamental change by cutting off the source of EU law, as well as changing legal rights. The UK’s constitutional arrangements require such changes to be clearly authorised by Parliament, and the 1972 Act does not do that. Indeed, it has the opposite effect.

The referendum is of great political significance, but the Act of Parliament which established it did not say what should happen as a result. So any change in the law to give effect to the referendum must be made in the only way permitted by the UK constitution, namely by an Act of Parliament. To proceed otherwise would be a breach of settled constitutional principles stretching back many centuries.

The dissenting justices consider the Government can trigger Article 50 without an authorising Act of Parliament. Their view is that the 1972 Act (taken with the 2008 Act), renders the domestic effect of EU law conditional on the EU Treaties applying to the UK.

In their view, parliament has not imposed any limitation on the Government’s prerogative power to withdraw from the Treaties, and, if Article 50 is triggered, EU law will cease to have effect in UK law in accordance with the 1972 and 2008 Acts.

On the devolution issues, the court unanimously rules that UK ministers are not legally compelled to consult the devolved legislatures before triggering Article 50. The devolution statutes were enacted on the assumption that the UK would be a member of the EU, but they do not require it.

We thank all those who have played a part in helping us determine these important legal questions.

Watch the above judgment being delivered here

Read the judgment in full here 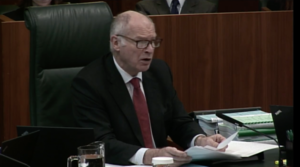 The four-day UK Supreme Court hearing – into whether British Prime Minister Theresa May has the right to trigger Brexit without a parliamentary vote – has begun.