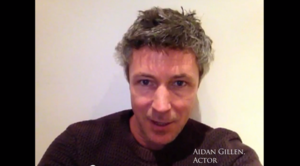 By Aisling Hearns and Robert King,of Spirasi – a non-governmental organisation that works with asylum seekers, refugees and other disadvantaged migrant groups, with special concern for survivors of torture.

“We work with victims of torture and today is UN International Day in Support of Victims of Torture. To mark this we have made a video in which Irish celebrities speak the words of torture victims, currently living in Ireland.”

Today, June 26 we stand in solidarity with victims of torture, join us at 11:45 in Grand Canal Square to #stoptorture pic.twitter.com/qhXyBEUWy9