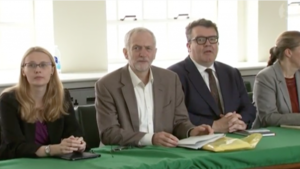 Labour MPs vote no confidence in Corbyn 172 to 40 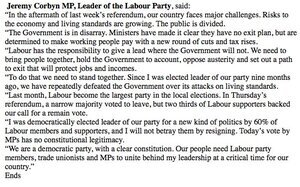 A statement from Jeremy Corbyn released this evening.