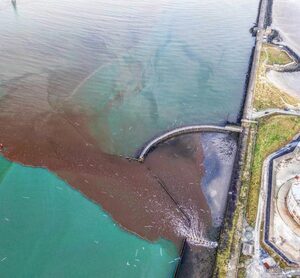 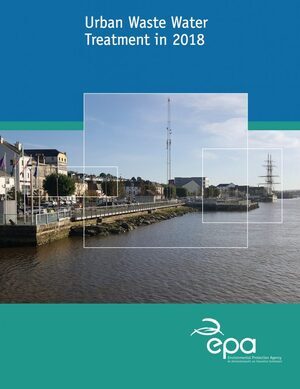 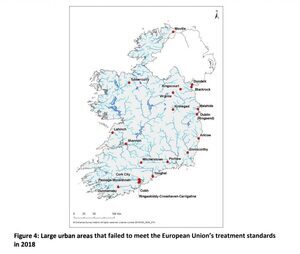 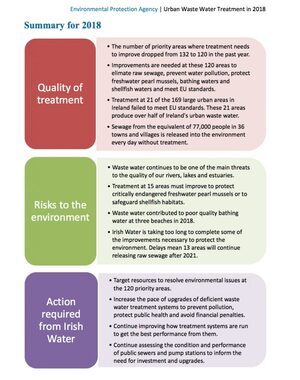 A discharge from the Ringsend wastewater treatment plant into Dublin Bay in February; the Environmental Protection Agency’s Urban Waste Water Treatment in 2018 report

A report by the Environmental Protection Agency into water water treatment in Ireland last year has found that raw sewage from the equivalent of 77,000 people in 36 towns and villages across Ireland is released into the environment every day.

It’s also found that Irish Water is “taking too long” to finish the “improvements necessary to protect the environment”.

In relation to the Ringsend Waste Water Treatment Plant, the report notes:

Ringsend waste water treatment plant opened in 2003 with a capacity to cater for a population of 1.64 million.

It now serves an average population equivalent to 1.9 million, which can increase up to 2.3 million during busy periods.

The plant fails to meet EPA and European Union treatment standards because it is overloaded and is not large enough to consistently treat the waste water it receives to the required standards.

Waste water released from the overloaded plant into the Lower Liffey Estuary will continue to breach the treatment standards until the plant is upgraded to provide additional treatment capacity.

…The quality of the treated waste water will improve as the upgrade works proceed but is not expected to start meeting the required standards until the end of 2022 at the earliest.