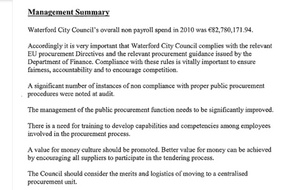 A report into the local authority’s expenditure said that proper procurement rules were not followed in 78% of deals examined.

And In 40% of these cases contracts were awarded without a procurement process.