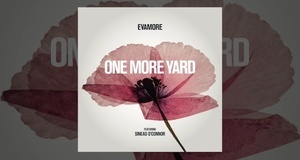 On November 2, the ‘One More Yard’ EP will be released on Evamore Records, as part of the Evamore project, which chronicles the sacrifice of young World War One soldiers and also aims to raise awareness of today’s war on cancer.

‘One More Yard’ is inspired by the letters home from a young Irish soldier killed at Flanders. The track’s lead vocals come courtesy of Sinéad O’Connor with supporting vocals by Imelda May. Ronnie Wood plays guitar on the track, with Nick Mason on drums.

The full ‘Evamore’ EP, includes a prologue section featuring haunting instrumentation from the iconic producer Brian Eno, with spoken word from acclaimed actor Cillian Murphy as he reads extracts of letters written by Lieutenant Michael Thomas Wall from the Royal Irish Regiment, to his mother in Dublin.

In his letters, Michael wrote: “Nothing was spared, nothing – and when done there was not one more yard left”.