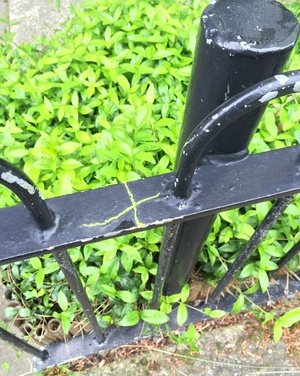 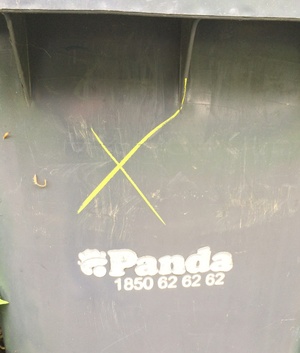 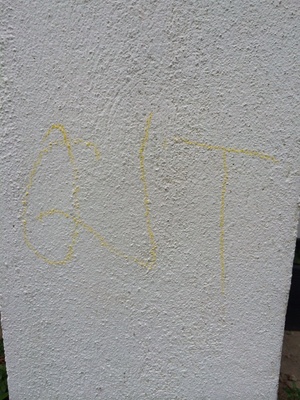 My brother’s house was broken into in Tyrellstown, Blanchardstown yesterday afternoon while my sister-in-law was out picking the kids up from school. I’d heard about robbers putting markings outside houses before but thought it was just a myth.
My sister-in-law left the house for the school pick-up run and did some shopping, and was back no more than 90 minutes after she left, and the house was turned upside down with lots stolen.
It was only after that my brother noticed the markings on the wall, fence and bin that he then brought it to the Gardaí’s attention when they arrived. They said they’re seeing more of this and burglaries are on the rise.
Long story short, they’re saying to keep an eye out for any markings like this anywhere around your property.