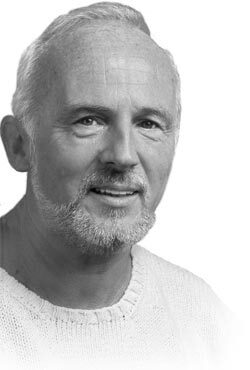 Not available online and causing a stink on today’s LIveline

A team of researchers at Cambridge University is currently exploring the connection between high-achieving parents, such as engineers, scientists and computer programmers and the development of their children. Professor Simon Baron-Cohen, who is the director of the Autism Research Centre at the university, says there are indications that adults who have careers in areas of science and math are more likely to have autistic children.

In studies in 1997 and 2001 it was found that the children and grandchildren of engineers were more likely to be autistic and that mathematicians had higher rates of autism than other professions. What is shocking is that Dr Baron-Cohen and the team of researchers are one: assuming that autism is a scientific fact and, two: missing the glaringly obvious fact that if the adults they researched live predominantly in their heads and possess few or no heart qualities, their children will need to find some way of defending themselves against the absence of expressed love and affection and emotional receptivity.

After all, the deepest need of every child is to be unconditionally loved and the absence of it results in children shutting down emotionally themselves because to continue to spontaneously reach out for love would be far too painful.

Children’s wellbeing mostly depends on emotional security – a daily diet of nurture, love, affection, patience, warmth, tenderness, kindness and calm responses to their expressed welfare and emergency feelings. To say that these children have a genetic and/or neurobiological disorder called autism or ASD (autistic spectrum disorder) only adds further to their misery and condemns them to a relationship history where their every thought and action is interpreted as arising from their autism.

It is frequently the case that it is when these children go to school that their emotional and social withdrawal of eccentricities are noticed, mainly by teachers, who themselves can struggle with how best to respond to these children. An unconscious collusion can emerge between parents and teachers to have these children psychiatrically assessed so that the spotlight is put on the children and not their adult carers’ own emotional and social struggles. Regretfully, the relationship contexts of the childrens’ lives are not examined and their mature development is often sacrificed on the fires of the unresolved emotiuonal defences of those adults who are responsible for their care.

It is important to hold to the fact that these carers do not consciously block their children’s wellbeing, but the unconscious hope of children is that other adults (teachers, relatives, educational psychologists, care workers) that when they are emotionally and socially troubled, it is their adult carers who often need more help than they do.

Indeed, my experience in my own psychological practice is that when parents and teachers resolve their own fears and insecurities, children begin to express what they dare not express before their guardians resolved their own emotional turmoil.

A clear distinction needs to be made between the autism described by psychiatrist Leo Kanner in 1943 and the much more recently described ASD (autistic spectrum disorder, often referred to as Asperger’s syndrome). The former ‘condition’ was an attempt to understand severely emotionally withdrawn children, the latter concept, which is being used in an alarmingly and rapidly increasing way, is an attempt to explain children’s more moderate emotional and social difficulties. Curiously – and not at all explained by those health and educational professionals who believe that autism and ASD are genetic and/or neurobiological disorders – is the gender bias of being more diagnosed in boys (a ratio of four to one). This bias is also found with ADHD. Surely that gender phenomenon indicates the probability that boys are reared differently to girls and that due to social and cultural factors boys respond to the troubling behaviours of their adult carers in ways that are radically different to girls.

What is equally distressing is that, as for ADHD, a whole industry involving research, assessment, screening, education and treatment has been developed, despite the absence of any scientific basis or test for either the originally ‘detected’ autism or for the broader construct of ASD.

Sami Timimi, a consultant child and adolescent psychiatrist and two colleagues rigorously examined over 5000 research articles on autism and ASD and found no scientific basis for what they now refer to as mythical disorders. They outline their findings in their book ‘The Myth of Autism’ (2011). The conclusion of their indepth studies is that “there is no such thing as autism and the label should be abolished”.

The authors are not saying that the children are not emotionally and socially troubled. What they are saying is – and I concur with them – that focus needs to be on the relationship contexts of these children’s lives, and to take each child for the individual he or she is and to examine closely the family and community narratives and discover creative possibilities for change and for more dynamic and hopeful stories to emerge for both the children and their carers.