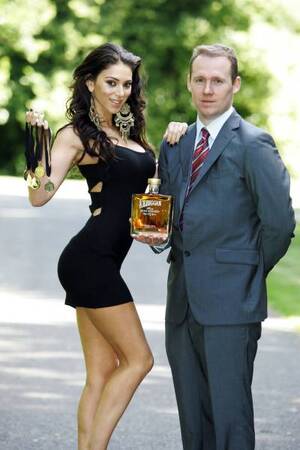 Never send a boy in to do a man’s job. Luckily Jack Teeling (above) is that man. Managing Director at Cooley Whiskey (the only independent whiskey in the land), Jack was strolling through St Stephen’s Green this very morning and met model Gorgeous Georgia Salipa. She wanted to congratulate him on Cooley’s triumphant win “for the second year running at the International Wine and Spirits Competition 2010”. They won 10 gold medals. Better than a kick in the head from your dad looned out on the hooch.