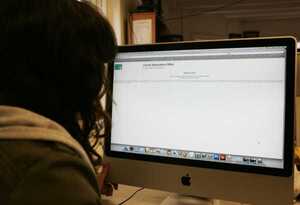 The Central Applications Office (CAO) will not investigate the cyber attack which crashed its website for several hours yesterday until after the second round offers are issued next month.

That’s The Irish Times. They don’t put cyber attack in inverted commas like we do.

Apparently the guards, if they got involved, would remove the CAO servers (they have no extra kit) thus rendering the second round an even bigger mess than yesterday.

Our web man Karl is still buying the CAO line. Others in the office are loudly snorting their incredulity.

“Hah,” said Nat, removing his socks.”They don’t want to waste police time on something they brought upon themselves. Idiots.”

So, CAO. Webtards or victims of a cruel denial-of-service dawn raid? You be the jury. Yes, you twelve.