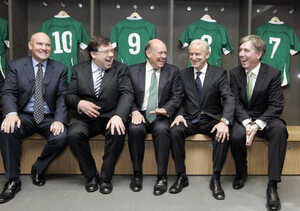 They needed to sell 60% of these seats to break even.

ISG, who were their agents to sell the seats, offered to buy them all
for €75m and take the hit/extra profit.

The FAI turned this down believing they could make even more money.

This includes 2,000 seats 3 Mobile get as part of a sponsorship deal and 939 seats for existing customers.

What’s The Latest With The FAI Ticket Scandal?

There’s A New Sheriff In Town

Dynamite With A Laser Beam