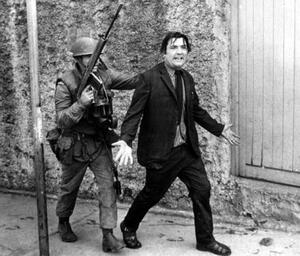 “I want to see Ireland – North and South – the wounds of violence healed, play its rightful role in a Europe that will, for all Irish people, be a shared bond of patriotism and new endeavour.

“I want to see Ireland as an example to men and women everywhere of what can be achieved by living for ideals, rather than fighting for them, and by viewing each and every person as worthy of respect and honour.”