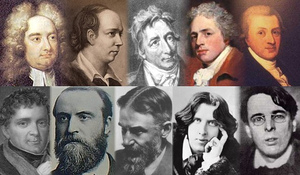 That do not include an opinion on Ireland’s Greatest – The Ones That Got Away, above.

1. Osama bin Laden is reportedly “living in relative comfort” in a house, not a cave. He got tired of stalactites and waiting for the cable guy to show up.

3. Unexpected revenue streams: Elin Nordegren’s reported divorce payout is $110 million; Russell Brand says that sleeping with Kate Moss in 2006 is what made him famous.

4. Tony Curtis was buried with his iPhone, a Percoset and seven packs of Splenda. Tony’s heaven is one big “Sex and the City” episode.

6. Ken Buck, Colorado Senate candidate, likens gay people to alcoholics. Either can get you a show on Bravo.

9. The leader of the Rent Is Too Damn High Party, on gay marriage, at New York gubernatorial candidate debate: “… if you want to marry a shoe, I’ll marry you.” Gay men marrying their shoes: Yes.

Back at 9am, Tuesday, with intermittent posting in between.