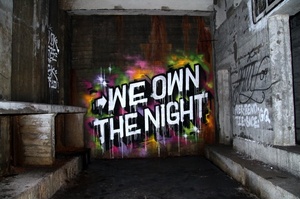 Over the sumer, a new exhibition of street art featuring the work of 103 artists opened in New York city: the largest-ever show of its kind.

In the weeks since, almost no one has seen the show. The gallery, whose existence has been a closely guarded secret, closed on the same night it opened.

Collectors can’t buy the art. The public can’t see it. And the only people with a chance of stumbling across it are the urban explorers who prowl the city’s hidden infrastructure or employees of the Metropolitan Transportation Authority.

Happy With An E