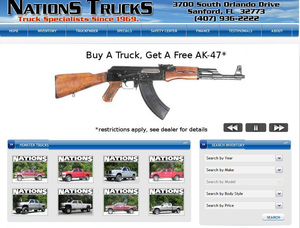 General sales manager Nick Ginetta says that since the promotion was announced on Veterans Day, business has more than doubled at Nations Trucks in Sanford.

Customers would have to pass a background check before using the $400 gun shop voucher. They also have the option of using the money toward other firearms, or they can request a check in that amount instead.

The dealership has fielded some complaints about the deal, which Ginetta acknowledges is controversial. But, he adds: “My buyer is absolutely a gun owner, no question.”

They sell monster trucks, too. The very thing to be driving around in. With your AK-47. 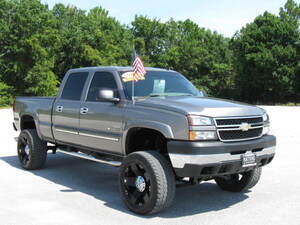 Whose Shot Of JR?