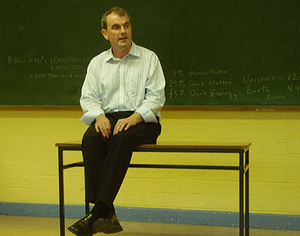 He doesn’t really hold back:

“I am curious why most of the individuals who are regarded as top broadcasters have their phones switched off this weekend. Why don’t his colleagues come out and say either, ‘Yes, I knew all about this’ or, ‘No, I knew nothing about this. I’m appalled.’

I worked with Gerry for nearly 18 years. The drug-taking was something I abhorred for years and years because I’ve never done cocaine. People say: ‘Ah, sure, maybe he just did it once or twice. Perhaps it was just a once-off that killed him.’

It wasn’t a once-off – this man was very, very fond of his cocaine and that went on for the best part of 16 or 17 years.

I always had great respect for Gerry the broadcaster. I have very little respect for anybody who courts the drugs dealers, who pays them and then goes on a radio show and condemns drug dealers as Gerry did.

Gerry’s dealers were closer to him than his kids. That’s what dealers do. They become your ‘family’ and, eventually, you can’t do without them. You forsake everything that’s precious in return for your new ‘family’ because they sustain your habit

As for RTÉ, Gerry was not employed by RTÉ and RTÉ was not in any way obliged to look after his welfare or health. Gerry sold his services independently to RTÉ.

If Gerry was a van driver bringing loaves of bread to the RTÉ canteen on a daily basis and RTÉ were paying him contractually, they don’t care whether the van driver was snorting cocaine once he delivered the bread.”