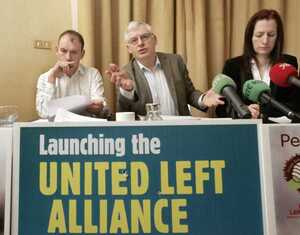 Taken literally within the last hour and a half at Buswell’s Hotel in Dublin.

MEP Joe Higgins, fresh from his cage fight with José Barosso, is flanked by Cllr Gino Kelly, of People Before Profit, and Cllr Clare Daly, of The Socialist Party. All will be standing under the United Left Alliance banner for the General Election. The logo suggests ULA want to appeal to the floating voter, who may have found red too reminiscent of extreme, far left-wing ideology.

But hang on, what’s this? 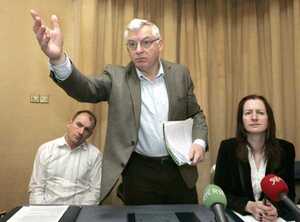 That looks a little familiar: 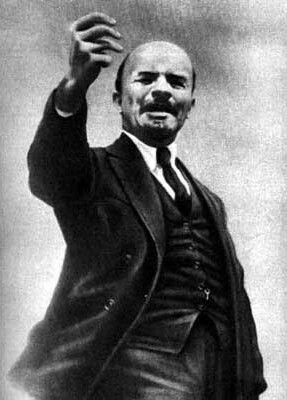