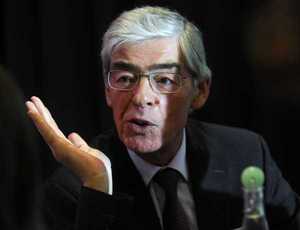 Anglo Irish Bank Corp. Chairman Alan Dukes said the nation’s lenders may need about a further €50 billion euros ($68.2 billion) of capital, more than absorbing a bailout fund for the banks.

The Dublin-based government has already poured 46 billion euros into the banks, and can tap 35 billion euros of extra capital under a bailout agreed last year with the International Monetary Fund and European Union.

“A clean banking core will require something in the region of 50 billion euros,” Dukes, 65, a former finance minister, said in an e-mailed copy of a speech today. “A clean banking restructuring implies the acceptance of irrecoverable losses.”