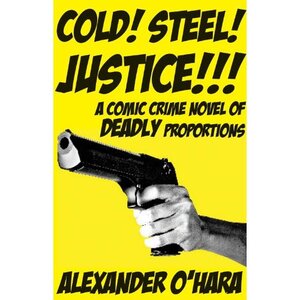 We wanted to give this a plug a couple of weeks ago because the writer Alexander O’Hara (otherwise known as Darragh McManus) often brings the funny in his newspaper work.

But we thought we would do something radical instead.

We literally laughed out loud on public transport.

Which is not easy on a bicycle.

It’s an e-book so you’ll need a Kindle whastit.