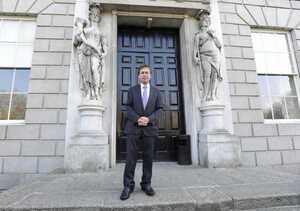 Irish troops will once again serve as peacekeepers in the Lebanon from next month.

Defence Minister Alan Shatter confirmed he had secured Dail approval for the deployment of 440 soldiers to the United Nations-mandated force in the Middle East.

About 90 troops will depart on May 23 to set up the base camp in southern Lebanon for the main contingent, to be deployed towards the end of June.

Noble work, the announcement of which was unfortunately timed.

That’s Two For Dana Right There

At The Going Down Of The Sun