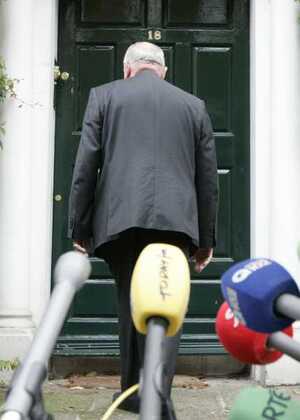 A happy day on Planet Catholic.

Watching Norris stroll the streets of Galway 10 days ago was to witness an extraordinary political phenomenon in the modern era: a vote-seeking politician whom people did not treat with disdain or indifference.

Judging by the verdict of the streets, Norris was a nailed-on certainty to become Ireland’s new president in the October elections. He would have been the first openly gay president anywhere in the world.

But this witty, boastful, posh, Protestant, piano-playing, unashamedly intellectual Joycean scholar has now abruptly quit Ireland’s presidential race, sunk by the latest in a series of damaging revelations related to his sexuality – and judgment.

While ordinary people in supposedly socially conservative Ireland seemed sanguine about the idea of a clever and openly gay man becoming their president, there were clearly critics determined to root out every misjudgment in his long and highly respected career as a senator campaigning for gay rights.

I Am David Norris