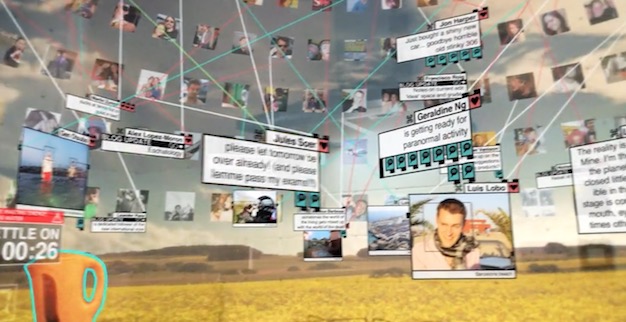 A satirical but oddly plausible vision of the digitally-augmented future (originally posted in 2010, but currently doing the rounds again) by London/Tokyo based filmmaker Keiichi Matsuda:

Augmented Reality (AR) is an emerging technology defined by its ability to overlay physical space with information. It is part of a paradigm shift that succeeds Virtual Reality; instead of disembodied occupation of virtual worlds, the physical and virtual are seen together as a contiguous, layered and dynamic whole. It may lead to a world where media is indistinguishable from ‘reality’. The spatial organisation of data has important implications for architecture, as we re-evaluate the city as an immersive human-computer interface

How Apple Controls The Future