A new algorithm developed by researchers at the University of Washington and Facebook that can ‘wake up’ 2D characters in photos and paintings and have them ‘walk out’ of their images in 3D.

Strange Beasts” is an augmented reality game. It allows you to create and grow your own virtual pet. How far can it go? 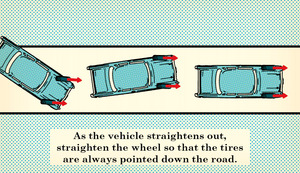 A guide to recovering from the five most common types of skid.

MORE: Watch Out for that Snowbank! How to Recover from 5 Types of Skids (The Art Of Manliness) 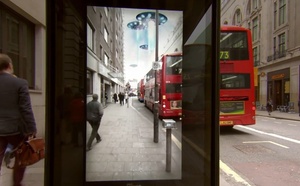 The T-shirt costs $30 or you can print your own target to activate the AR. Apps available for iOS and Android.

A satirical but oddly plausible vision of the digitally-augmented future (originally posted in 2010, but currently doing the rounds again) by London/Tokyo based filmmaker Keiichi Matsuda:

Augmented Reality (AR) is an emerging technology defined by its ability to overlay physical space with information. It is part of a paradigm shift that succeeds Virtual Reality; instead of disembodied occupation of virtual worlds, the physical and virtual are seen together as a contiguous, layered and dynamic whole. It may lead to a world where media is indistinguishable from ‘reality’. The spatial organisation of data has important implications for architecture, as we re-evaluate the city as an immersive human-computer interface