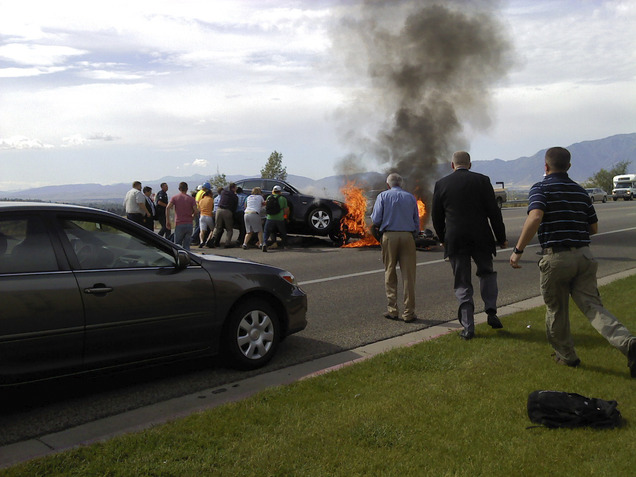 Brandon Wright was riding east on U.S. Highway 89 about 11:40 a.m., when a driver steered his BMW 530XI into the motorcycle’s path from a parking lot across the street from the Utah State University campus, said Assistant Logan Police Chief Jeff Curtis. The driver of the BMW did not see Wright, who laid down his bike and slid into the car.

The motorcycle and Wright were pulled under the car, where the motorcycle’s gas line was severed, causing the bike and the car to catch fire while he was trapped underneath, Curtis said.

At which point, several fearless bystanders sprang into action.

A Walk In The Park