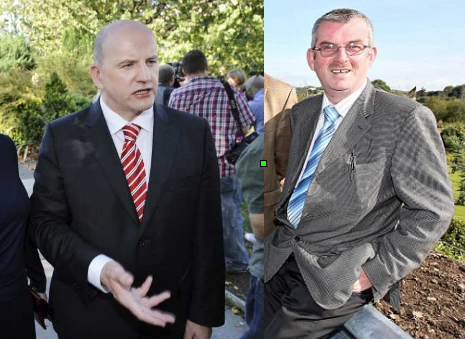 I wish to clarify and set the record straight in relation to the dealings I had with Sean Gallagher which resulted in my attendance at a Fianna Fail fundraiser in the Crown Plaza Hotel, Dundalk, on the 1st July 2008.

Sean Gallagher , who I had never met previous to this, contacted me by phone. He first phoned me on the 6th June 2008 and invited me to attend the above fundraiser. In the course of the call he requested a donation of €5,000.00 for Fianna Fail. He advised me that this type of fundraising would replace the annual Galway Tent Fundraiser. In return for the €5,000.00 donation I was promised a private audience with the Taoiseach and I would get a photograph taken with him.

On the 9th June he again phoned me to confirm my attendance . I confirmed that I would attend and was prepared to give the donation he requested. He left two mobile phone numbers for me to contact him on.

On the 27th June Sean Gallagher visited my business premises at Killean, County Armagh. I wrote a cheque for €5,000.00 and gave it to him personally. I still have the stub of the cheque , This payment is declared in my Company accounts and was cleared through my bank on the 1st July 2008.

I then attended the fundraiser which was also attended by other businessmen from South Armagh, North Louth and across the Northeast. Sean Gallagher greeted the guests on arrival and directed us to the room at the top of the Hotel where the fundraiser was held.

Brian Cowen gave a speech on the economy and predicted a soft landing. At the end of the night Sean Gallagher introduced me to Brian Cowen and facilitated a photograph to be taken of myself and him. Approximately one week later Sean Gallagher called back to my business and gave me the photograph.

It is a fact that approximately fourteen years ago I was convicted of tax evasion in relation to fuel smuggling in Northern Ireland. As a consequence to that, I have repaid the Exchequer and paid a substantial fine. I was never investigated by CAB or any other agency in the Republic.

Since that time I have developed a successful international business known as Morgan Fuels.

I employ over eighty people in Ireland ,both North and South. I have business interests in Ireland , Britain and Europe and the Morgan Fuel card can be used up to 4,000 service stations in fourteen countries across Europe.I am also the official sponsor of the Armagh County teams of the GAA.”

“I have fought a clean campaign beyond reproach now Martin McGuinness and Sinn Féin have come out against me for two reasons. Firstly I called on all candidates and members of the public to come forward with  any information about brutal murder of Detective Garda Jerry McCabe who was killed tragically in performance of his duties in protecting this state and secondly because of my position in the opinion polls.

This has made me a target for slurs and untruths.

This was a political assassination attempt by Martin McGuinness and Sinn Féin last night. The person in question Hugh Morgan is a convicted criminal and he loaded the gun while Martin McGuinness pulled the trigger. I told the truth on Frontline.

Martin McGuinness said that I visited Hugh Morgan after the event to deliver a photograph and collect the cheque. This is untrue.

I am pleased that Fianna Fáil have clarified on the Pat Kenny Show this morning that they received a cheque of €5,000 date the 26th of June 2008 from Mr. Morgan and that this donation was acknowledged and receipted and lodged to their bank account on the 28th of June in advance of the event which was held on the 1st of July.

So I could not have collected any cheque from Mr. Morgan after the event when I delivered the photograph, which he was very insistent that he wanted delivered to him.

Today when evidence has emerged that refutes Mr. McGuinness’s claims he has changed his story. This is despite he claims that he spoke to Mr. Morgan only two hours before the debate where Mr. McGuinness levelled these untrue accusations at me. Martin McGuinness is just not credible.”

Previously: “Did You Get A Cheque From This Guy Or Not?”