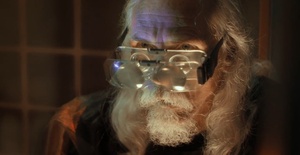 Whether you like that notion or not, the film won’t be along any time soon. In the meantime, there’s this: Xxit – a stunning Blade Runner fan-film made by the LA/Vancouver based Stargate Studios.

Watch the Xxit behind the scenes feature here.

A Tale Of Benjen Stark

Streets Of Rage: A Fan Film