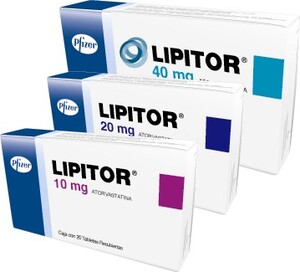 Five of the world’s top-selling dozen medicines are produced in Ireland, and their sales will fall 52 percent to $13 billion by 2013 from $27 billion in 2010 as their patents expire, according to data compiled by Bloomberg based on analysts’ estimates. They start with Pfizer Inc. (PFE)’s cholesterol treatment Lipitor (above), which loses its patent protection this month.

“From the moment they come off patent, it will be immediately reflected in export figures,” said Chris Van Egeraat, a lecturer in economic geography at the National University of Ireland Maynooth, who has studied the issue.

…Drugs companies in Ireland paid just over 1 billion euros of tax in 2010, according to PharmaChemical Ireland, or about a quarter of total company tax receipts.