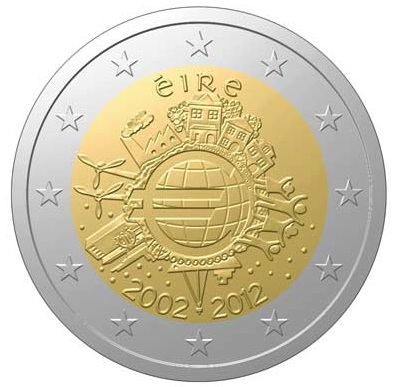 The Central Bank of Ireland has issued a new €2 commemorative coin which celebrates 10 years of euro banknotes and coins.

The commemorative coin will be issued in all euro countries this year, and will bear a common design on the national side. The design will replace the traditional harp design in Ireland.

A maximum of three million coins will be issued by the Central Bank.

The winning design was chosen by citizens of the euro area in an online vote and created by Helmut Andexlinger, a professional designer at the Austrian Mint.

Have You Ever Seen A Double Eagle?