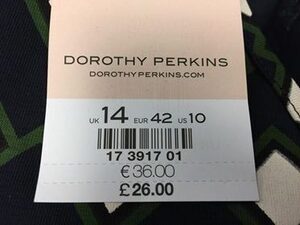 What rate of exchange?? I thought this was a thing of the past. Just spotted on a mail order item. 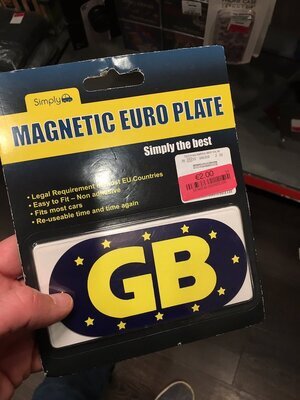 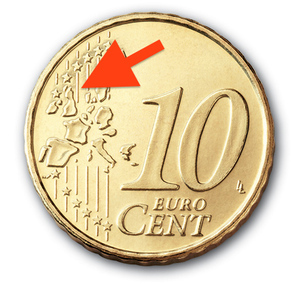 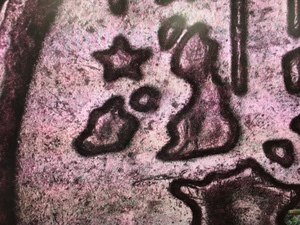 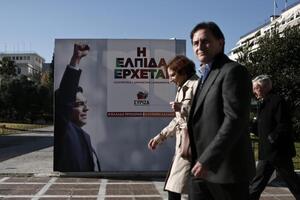 A sign for for anti-bailout party Syrzia in Athens, Greece yesterday

Ahead of elections in Greece this Sunday.

(which may see the country exiting the Euro).

The euro is simply the deutschmark with little stars on it. Greece cannot adopt Germany’s currency without adopting Germany’s finance minister, Wolfgang Schäuble, as its own.

And Schäuble has determined that Greece must be punished. As my homey Paul Krugman points out, there is no credible economic theory that says that austerity—that is, cutting government spending, cutting wages, cutting consumer demand—can in any way help a nation in recession, in deflation. That’s why, in 2009, Obama ordered up stimulus, not a sleeping pill.

But austerity has nothing to do with economics. It is religion: the belief by the stern Lutheran Germans that Greeks have had too much fun, spent too much money, and spent too much lazy time in the sun—and now Greeks must pay a price for their sins.

Oddly, I hear this self-flagellating nonsense from Greeks themselves: we are lazy. We deserve our punishment. Nonsense. The average Greek works more hours in a year than any other worker in the 34 nations of the OECD; Germans the least.

Greece Election 2015: the politics and economics in numbers (Guardian) 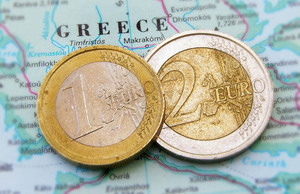 Two Greek systemic banks submitted the first requests to the Bank of Greece for cash via the emergency liquidity assistance (ELA) system , sources told Kathimerini.
It is thought that requests from the remaining Greek banks will follow in the next few days.
The move came in response to the pressing liquidity conditions resulting from the growing outflow of deposits as well as the acquisition of treasury bills forced onto them by the state.
Banks usually resort to ELA when they face a cash crunch and do not have adequate collateral to draw liquidity from the European Central Bank, their main funding tool. ELA is particularly costly as it carries an interest rate of 1.55 percent, against just 0.05 percent for ECB funding. 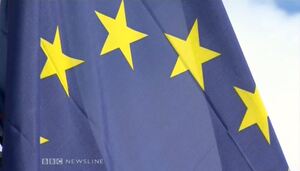 Police were called to investigate a complaint about a European flag flying in Rory McIlroy’s home town in County Down during the Ryder Cup.

It was flown at a house in Holywood where a Ryder Cup party was held.

The owner of the house was stunned when two police officers arrived at his door on Sunday morning.

In a post on Facebook, he said that the person who complained thought it was an Arabic flag.

Previously: IRA HQ Or Primary School With An Italian Flag Outside? 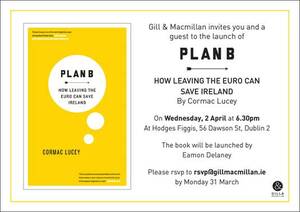 The launch of Plan B: How Leaving The Euro Can Save Ireland by Cormac Lucey tomorrow night at Hodges Figgis, Dawson Street, Dublin.

“Plan B – a eurozone exit and managed debt restructuring (something successfully managed by Independent News and Media plc in the last 12 months) – is Ireland’s alternative. It has substantial costs but offers considerably better prospects than 20 more years of Plan A.”

Plan B: how leaving euro can save Ireland (Cormac Lucey, Irish Independent) 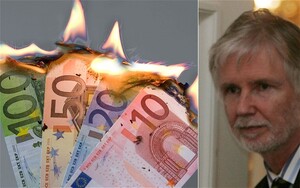 We have to face openly the possibility of a euro-break up,” said Erkki Tuomioja (above), the country’s veteran foreign minister. “It is not something that anybody — even the True Finns [eurosceptic party] — are advocating in Finland, let alone the government. But we have to be prepared,” he told The Daily Telegraph.

“Our officials, like everybody else and like every general staff, have some sort of operational plan for any eventuality.” 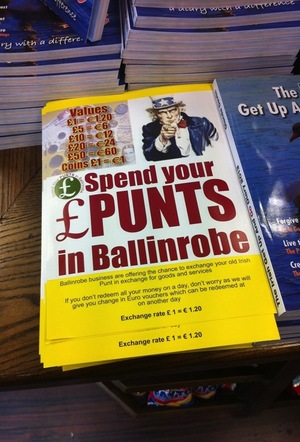 Going down a treat by all accounts.

If we hadn’t pawned the sofa, we’d be looking down the back of it right now.

Noticed this morning that I got my first Euro note signed by Mario Draghi (top). However, the signature on the note and Mario’s official signature which I found online (above) are completely different. Is this a scam? Have I got a fake note? What should enterprising people hoping to replicate new Euro notes do – Copy the note I have, or go with the official signature as seen online? Any advice from your readership would be most welcome.