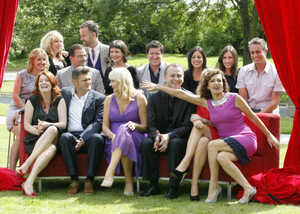 ‘Sell Your Granny’ – Have you got it in you? Jackie Lavin hosts (Dougdawg).

Do you have a telly show idea that deserves to be heard? The 10 considered most-surreal-yet-plausible will become part of a soon-to-be lovingly-designed parody of the RTE Guide listings. Make your pitch below.

UPDATE: And here are the winning entries: RTE Guide. Only Better

Is This A First?