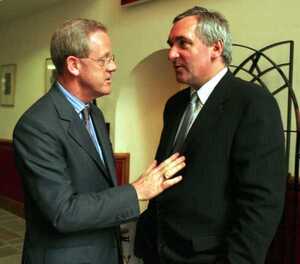 Lobbyists who fail to register their activities could be fined €30,000 and jailed for two years under proposed legislation to be published by Fianna Fáil today.

The party said the lobbyists Bill would level the playing field for all stakeholders in public life by ensuring information about lobbying is made publicly available and updated regularly.

Environment spokesman Niall Collins said regulation of lobbyists was urgently needed in advance of the proposed sale of State assets, as this was a process that was likely to involve intensive lobbying by interested parties.

Fianna Fáil said its legislation was underpinned by principles of free and open access to Government and a recognition that lobbying was a legitimate activity.

“There should also be a strong level of transparency on what organisations and individuals are involved in attempting to influence public policy.”