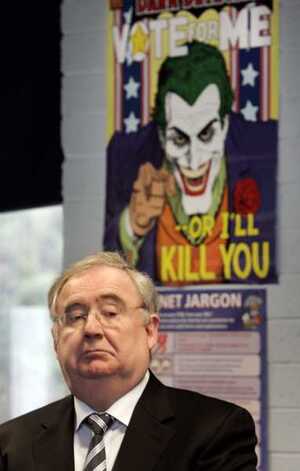 That brings us neatly to the elephant in the room – the rise of the internet media. Despite all of the hyperbole, to someone of my generation, it often appears as if, in some important ways, little has changed. Content and good journalism prevails online in exactly the same way as it does in old media – content, as they say, is still king. The trends online suggest that the sites people visit for media generally mirror offline behaviour – people visit, and trust, established media outlets. And, at the other end of the spectrum, the vast ‘blogosphere’ could be said to mirror everything from pamphlets to graffiti – it can be entirely ephemeral. But things have changed. Anybody who watches the media cannot fail to be struck by the underlying trend in social media – it has entirely democratised media – and it has devolved power down to the level of the citizen. Anyone with a Smart Phone and an internet connection can become a journalist, instantly – as several former Governments in North Africa will attest. On balance, this proliferation of media is a massively positive development for humanity, but it is not without its challenges for Governments, even in Western Europe.

Defamation laws have yet to fully come to terms with the implications of new media. In time, there may be a place for the inclusion of established online media organs in a system of non-statutory and independent self-regulation in the digital media, possibly even being afforded recognition in the Defamation Act. More immediately, the consequences for print media have already been severe. Newspapers, on a global basis, are struggling to deal with the financial implications of a shift to online news – and to content distributed freely on the web. In the context of media diversity, the established and considered voice that print media provides is a critical component of a pluralistic media and I, for one, would regard any diminution of this industry as a further loss to a pluralistic media.