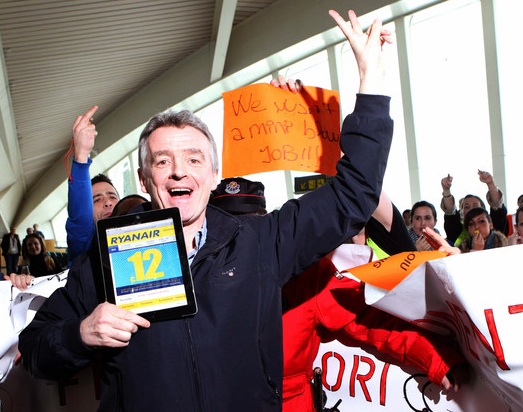 The Spanair workers, who have led a nine-day lock-in at Bilbao Airport after their firm’s demise, held a sit-down protest after Mr O’Leary left for Madrid.

Local union leader Jon Herrera accused him of a lack of respect.

He said: “He has stood in front of a group of workers who have lost their jobs overnight and raised his hand in a symbol of victory.