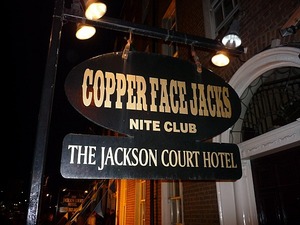 In the Sunday Times yesterday it was announced that POD closed the doors of Crawdaddy and Tripod over the weekend.

The 24,000 sq.ft Harcourt Street complex is being let to the consortium of people behind Flannery’s Pub and it was suggested that the POD complex would become a large nightclub to compete with nearby Copper Face Jack’s. The Odeon Bar beside POD has also closed down.

Go To Your Room

Your New Festival Has Arrived