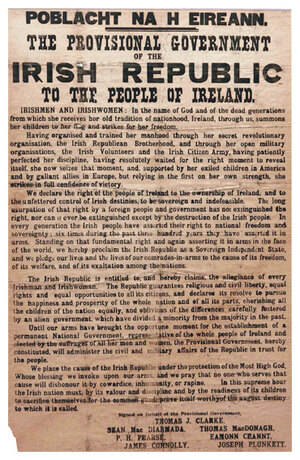 Civil liberties were almost non existent, citizens were not equal with women becoming second class while the poor were plunged further in destitution. The history of early Irish Independence is often passed over with a less than critical eye that glorifies state building at any cost. However behind this abstract veneer lies the story of a dark authoritarian regime based on repression, discrimination and censorship. This was enforced by deeply authoritarian attitudes underscored by severe catholic morality which stifled culture and allowed no political debate or opposition of any kind. By 1937 the “The Irish Free State” had created a society that had betrayed the ideals of what many had set out [to] achieve two decades earlier.