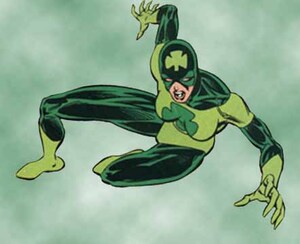 Molly, as Shamrock, attended the first ever Pan-European Conference on Super-Human Affairs as a representative for Ireland. The conference was attacked by the Nazi villain Brain Drain, who brainwashed the heroes present to return to their countries and kill the heads of state. Various members of Alpha Flight raced to stop the heroes, and Northstar hoped to stop Shamrock from attacking Ireland’s president. However, her powers made her immune to Brain Drain’s influence, and the president was never in danger.

Superheroes As Flags Of The World