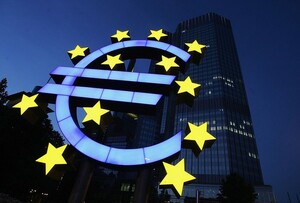 Guess we know who that “unnamed Irish official” official is now.

CENTRAL BANK governor Patrick Honohan is expected to raise the possibility of delaying a cash payment of €3.1 billion to the former Anglo Irish Bank on March 31st and suggest alternatives at the meeting of European Central Bank decision-makers today.

Options being considered to delay the cash payment include a payment-in-kind by way of a Government bond or another promissory note until a long-term restructuring of the notes is concluded.

Notes for notes. Totes not notes for votes.

We’ll get our cotes.

Is It Just Us?