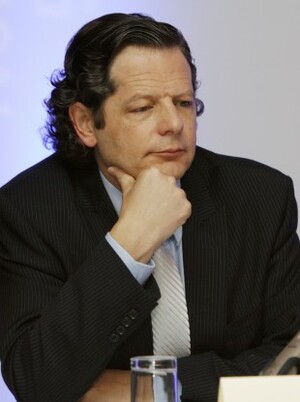 The Department of Finance has insisted it did not airbrush five years spent running a juice bar from the CV of its new secretary general. John Moran [above] was appointed to the position, considered the top post within the civil service, this week. However, an extremely detailed CV released by the Department failed to make any mention of the Celtic Tiger years he spent running a juice bar in the south of France.

Deputy Doherty told the House that John Moran had headed up a company that was censured by a US watchdog. A Department of Finance spokesperson has said that the events cited by the US Securities and Exchange Commission, referred to in the Dáil today, had occurred in the New York office of Zurich Capital Markets before Mr Moran joined that office.