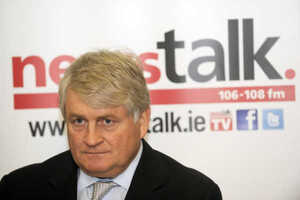 The terms of the restructuring combined with the trading position in effect give the banks the power to prevent Mr O’Brien increasing his stake to the level – 50 per cent plus – required for board control.At present the banks appear to favour the status quo which sees the O’Reilly camp in the ascendent and Gavin O’Reilly the chief executive. As long as that remains the case there seems little more that Mr O’Brien can do other than continue to snipe from the sidelines.