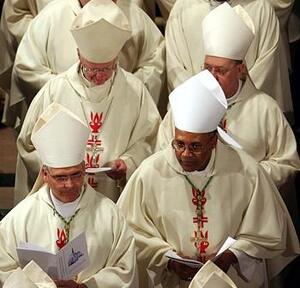 So you’re a young gay schoolkid.

And then this happens:

The Roman Catholic church has written to every state-funded Catholic secondary school in England and Wales asking them to encourage pupils to sign a petition against gay marriage. Students at one school in south London were shown a presentation on religious opposition to the government’s plans to let gay couples marry in civil ceremonies.

A more aggressive campaign among youngsters in the US has led to a number of teen suicides, documented in this heart-wrenching Rolling Stone article from February.

When Mad Scientists Come Out