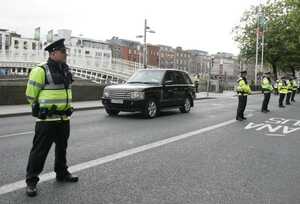 It is interesting to note plans by London councils to relocate homeless people on housing benefit to a location 200 km away. While not wishing to comment on issues outside the jurisdiction of this State, such a move is likely to be replicated here, as whatever happens in London follows here as sure as night follows day.

Moving people out of the city has been happening here for some time, even if in a subtle manner in some instances. A large number of homeless people we know ended up in prison for the high-profile visits of Queen Elizabeth and President Barack Obama.