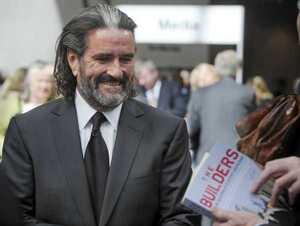 TROUBLED IRISH property developer Treasury Holdings has begun legal proceedings against Nama. It is seeking substantial compensation and is contesting the constitutionality of the legislation governing its activities.

It is understood that Treasury, which is jointly controlled by businessmen Richard Barrett and Johnny Ronan (above), has made an application to the High Court on both matters.
This relates to Nama’s decision in January – first revealed by The Irish Times – to appoint joint receivers to certain assets secured against loans of more than €1 billion owed to the agency.

Last December, when Nama appointed Ernst Young as administrator, Treasury lost its 41 per cent stake in interest in the redevelopment of London’s Battersea Power Station in London and, along with it – the developer claims – a potential £400 million in management fees plus a fat share of Battersea’s £4.5 billion net profit over the next 15 years.

Does your heart bleed? Well, does it?

The Cost Of Quinn Insurance

So Farewell Then, Treasury Holdings