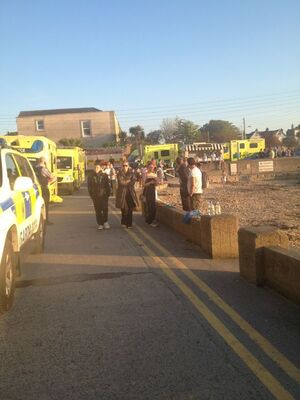 Three people have been arrested and four taken to hospital following a row at the Forty Foot in Sandycove in Dublin this evening. Two groups of men, from East Wall and Crumlin, had arrived on the DART and were drinking throughout the day. A row broke out, bottles were broken and a number of people were injured. Four people were treated in hospital for injuries, including stab wounds and a broken jaw. 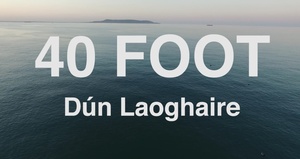