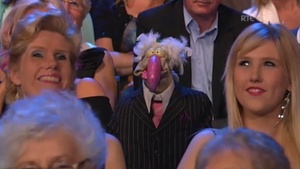 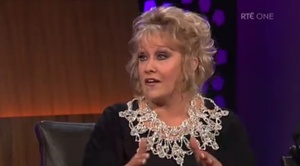 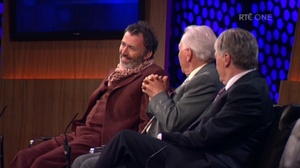 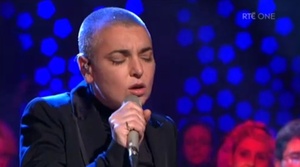 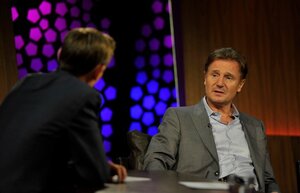 Last night, our Nat, who normally live-tweets the Late Late Show like a boss but is currently ‘off-Twitter’, found himself in a quandry. The following was found this morning, scrawled in purple ink on the back of a Weetabix box next to his unconscious, partially clothed body:

Man oh man. My first Friday night where I actually miss Twitter since it was the “Late Late 50th special”. Tubridy should get a payrise for sitting through what he did:

A prissy Gaybo (“Enough about me”, he blarts as Kenny and Tubridy start the show by recounting what a good job he did).

Twink (I don’t even want to think about her or her comments about zip-up-yer-mickey who played in tonight’s orchestra).

Dustin the Turkey and an incredibly badly-judged comment – describing Tubridy, Patrick Kielty, Pat Shortt and Twink as “Three men and a bike”.

An out-and-out pie-eyed Liam Neeson, who initially described an email from the Taoiseach as “snivelling” and departed with “Thanks Brian”.

Sinead O’Connor dressed as a priest in high heels, who sat down after an emotional “Nothing compares 2 u” and clasped hands with Gaybo for the rest of the interview.

Nell Jaysus McCafferty, who had to be placated with whiskey from Gaybo & guests and went on to slag Tubridy for being from the Twittery Text generation who wants to shorten the show and doesn’t believe in the ability of the good people of Ireland to sit doon and chat and by god how Tubridy didn’t reach for the guest-ejector-seat button is beyond me.

Pat Kenny was the most grounded individual of the evening.  So ner.

Surprising that some of the Annie Murphy clip was played at the start of the show but Gaybo got away without being pressed on it, the [highly colourful vitriolic rant redacted] toff-noodle (you won’t find that in his bio).

Needless to say, Drunk Mode was not enabled.