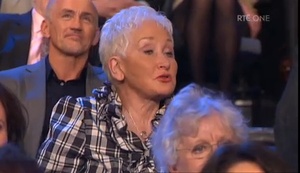 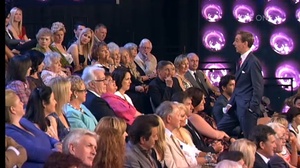 They call it a blonde crop.

What game was RTE playing at during the live showing of the 50th anniversary of the Late Late Show on Friday last?

Was it a coincidence that Terry Prone was sitting in the outer seat of the row of seats, when interviewed on the show?

Or was this arranged to save Ryan Tubridy, asking her husband Tom Savage to move out to sit on the steps of the aisle in full range of the audience and viewers.

Even the cameraman made sure by focusing his camera out of the full view of Mr Savage. However, a brief piece of film did show Mr Savage making himself smaller in his seat (click here).

In doing that Mr Savage has broken the golden rule of PR/communications that he preaches in his classes — “that you always look directly at the camera, and that assertiveness happens by making yourself look taller”. 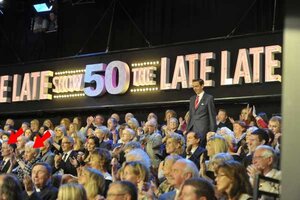 Thanks Sarah B and Miranda Wrights