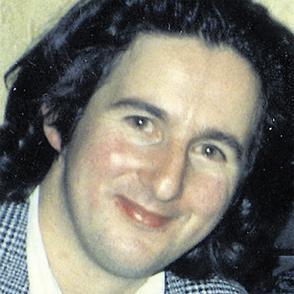 “As an ex-colleague and near neighbour, I spent many a hilarious night in Eugene [Moloney]’s company as he doled out his inimitable but beautifully cooked meals and legendary drink concoctions in his darkened bijou abode — surely the very definition of a bohemian hangout, with its ‘sagging settees and the finest of whiskies’ — all the while listening to one of the most eclectic of musical selections anywhere.

He never bothered fixing the dripping tap, nor the wired toilet pull, but none of that mattered to mine host or his guests. Oddly, shortly before I heard the sad news, I was listening to The Byrds’ ‘He Was A Friend Of Mine’ — as indeed he was to all who knew him, however fleetingly.”

A Friend of Mine And All Who Knew Him (Mike O’Shea,Irish Independent)

“Last Thursday evening I dropped my shopping in M&S on Grafton St and a kind man picked it up. It was Eugene. I hadn’t seen him in over 10 years. We chatted about his time running a hotel in Vietnam and the shit freelance rates at The Mail. I was happy to have bumped into him, he didn’t seem to have aged much, still had a giggle in his eye, the old befuddledy bemused air.
He had this way of making you feel like you were the very best person he could’ve hoped to meet at that moment. Yesterday morning I was shocked to find a cordoned-off crime scene right around the corner from my house. A passerby said that a man had been found collapsed there, but it was obvious something very violent had occurred. There was broken glass and, poignantly, a shoe. I stood and thought; I hope that wasn’t somebody I know. Eugene died without ever getting old; I can’t decide whether that’s bad or good.” Marion

Eugene was a close friend of mine, and I found out as I went to get my newspaper in the morning. Yet still, I cannot stop crying. He gave me a wonderful insight into the city, you can walk down a street with him and everyone seemed to know him; they’d say “hi Eugene, how are you”, through him I met so many more people. If I was sad I could give him a call; he’d always make me feel better. He will be sorely missed, but although I don’t believe in heaven, wherever he is now, I hope he goes to the best of places one can go, and is reincarnated into a world where nothing like this ever happens, and goes to live on there as the wonderful person he was.“ Anonymous

“Eugene was a man who had time for everyone no matter what race, creed, ethnic origin, age etc. My family now are missing a friend. I will remember the pints, the craic, the nights on the Greek islands, Kelly’s cellars, the Blackthorn Bar, your old Indian trick (he he ) and of course your love for Dylan.And most of all your smile. We are stunned, numb and angry.” Caoimhin o Muireagain (The Morgan/Donnelly family, Belfast)