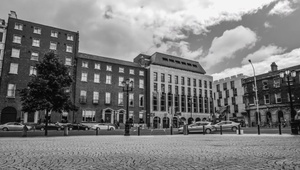 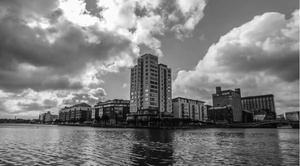 A timelapsed Dublin in black and white.

I had a free weekend (weekend just gone) and given that the weather was not going to be good I thought I would make good use of the situation. So I set out to do a time lapse, making use of the high winds and cloud to exaggerate the movement, and because of the weather, decided to shoot it in black and white as the natural colours were washed out.

I shot six sequences on Friday evening in Dublin Bay and at bridges along the River Liffey, then on Saturday I spent the day at Dun Laoghaire harbour shooting the lighthouse and boats.

On Sunday morning I shot the sequences at Grand Canal Dock, St Stephens Green and Trinity College. Finally, I spent Sunday night in the bay doing a sequence with a near cloud-free sky and managed to capture the movement of the stars.