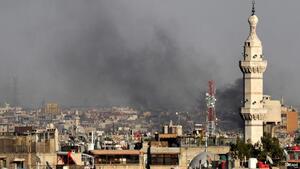 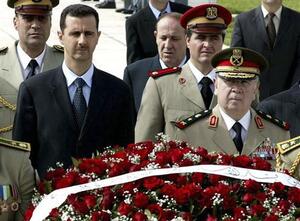 Mystery surrounded the whereabouts of Syrian President Bashar al-Assad on Thursday, as battles raged in the center of Damascus a day after a bomber killed his top security chiefs.

On Thursday morning, residents said there was no let-up in the heaviest fighting to hit the city in a 16-month revolt against Assad’s rule, now into its fifth day.

The fighting came within sight of the presidential palace, near the security headquarters where the bomber struck a crisis meeting of defense and security chiefs.

A Road In Damascus

The Victims Of Bashar Assad